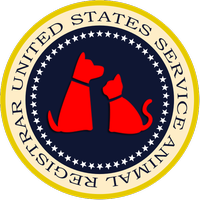 Prehistoric humans began taming wolves at least 15,000 years ago, transforming dangerous pack predators into loyal companions and creating specialized dog breeds for different tasks. But when exactly man’s best friend became an aide to people with disabilities and other challenges remains a mystery. The earliest evidence of such partnerships—a fresco in which a blind man is led by his dog, discovered amid the ruins of the ancient Roman city Herculaneum—dates back to the first century A.D. European wood carvings and Chinese scroll paintings from the Middle Ages depict similar scenes.

In the 1750s, the earliest systematic instruction of guide dogs, as helpers of the visually impaired are known, took place in a Paris hospital for the blind. Several decades later, a blind Austrian man named Josef Reisinger trained a spitz and later a poodle so well that others thought he was faking his disability. Another Austrian, Johann Wilhelm Klein, founder of the Institute for the Training of the Blind in Vienna, published one of the first manuals for coaching guide dogs in 1819. He recommended poodles and shepherds as the breeds most suited to the task and advocated the use of a special harness paired with a pole.

The modern guide dog movement originated in Germany after World War I, which had left thousands of soldiers blinded, usually by mustard gas. According to some accounts, a doctor named Gerhard Stalling briefly left his German shepherd with a visually impaired patient while making the rounds at a veteran’s hospital. Upon his return, he noticed that the dog had become particularly protective of the young man. Stalling happened to be president of the German ambulance association, which during the war had trained hundreds of collies to track down wounded soldiers, carry messages and perform other duties on the front lines. Around 1916 he tasked the organization with retraining these dogs and assigning them to blind veterans. Though Stalling’s program was shut down within a decade, in 1923 the German Shepherd Dog Association opened a training center in Potsdam that successfully trained produced 4,000 guide dogs for both veterans and civilians by 1930.

The school piqued the curiosity of Dorothy Harrison Eustis, a wealthy American who in the 1920s began breeding and teaching police dogs for the Swiss army. After visiting Potsdam, observing training exercises there, and following a blind man as he deftly navigated busy streets with his dog at his side, she described her experiences in an October 1927 issue of the Saturday Evening Post. Eustis ended her lengthy piece with an impassioned endorsement of the German guide dog model, writing, “No longer dependent on a member of the family, a friend or a paid attendant, the blind can once more take up their normal lives as nearly as possible where they left them off, and each can begin or go back to a wage-earning occupation, secure in the knowledge that he can get to and from his work safely and without cost; that crowds and traffic have no longer any terrors for him and that his evenings can be spent among friends without responsibility or burden to them; and last, but far from least, that long, healthful walks are now possible to exercise off the unhealthy fat of inactivity and so keep the body strong and fit. Gentlemen, again without reservation, I give you the shepherd dog.”

Almost immediately, Eustis received an enthusiastic letter from Morris Frank, a blind 19-year-old from Tennessee. “Thousands of blind like me abhor being dependent on others,” he wrote. “Help me and I will help them. Train me and I will bring back my dog and show people here how a blind man can be absolutely on his own.” The following year, Frank traveled to Switzerland and returned home with a canine companion, Buddy. Mobbed by fascinated reporters, he sent a one-word telegram to the woman who had helped grant him his newfound independence: “Success.” In 1929 Eustis and Frank founded the first American guide dog school, which they called The Seeing Eye; five years later, the Guide Dogs for the Blind Association was founded in England.

In the ensuing decades, training centers cropped up in many countries around the world, while in the United States additional guide dog schools opened from coast to coast. Today, there are more than ten thousand guide dog teams in North America alone. There are thousands of other types of service dog teams, including medical assistance dogs, seizure assistance dogs, diabetic alert dogs, mobility support dogs, allergen alert dogs, psychiatric service dogs, and autism assistance dogs. There is no central registry or census of the service dog community, so no exact numbers can be provided. History is still being written, and anyone currently in the service dog community is part of it. There is so much room for this field to grow and flourish, which is why it is especially important to always serve as an ambassador and to uphold high standards of behavior and training. What we do today affects the working dog teams of tomorrow.

Previous Topic
Back to Lesson
Next Topic